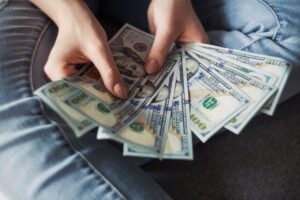 When Panikos Constantinou decided to have a night out at a casino in Birmingham, UK during his June 2018 vacation I’m sure he expected it to go like any other. Perhaps a small win, maybe a small loss?  He was known to bet around £20 – £30 a night when at the casino. Unfortunately though, his worst impulses ended up ensuring that a night at the casino almost turned into nights in a prison cell.

Another patron there was also enjoying a night out at the Genting Casino at Resorts World. This man however was more of a high roller, moving from table to table, splashing the cash. He’d experienced something of a winning streak in the nights previous, and was carrying with him a bag containing £15,000. So engrossed was he in the anticipation of the next big win that when he moved between tables he accidentally left the bag containing his money under the table.

Upon realising his mistake he quickly returned to the table, only to discover that the bag was missing. As you would expect though, the whole venue is covered with CCTV, and it was this CCTV footage which revealed that 63 year old Panikos, of Solihull, had gone up to the table and stuffed the small bag up his jumper.

It’s of course unlikely that he knew how much money was inside, and entirely possible, in fact likely that he didn’t actually go to the casino that night with the intention of stealing money. That is though precisely what he ended up doing, and he and his wife vacated the premises shortly after, with what he appeared to view as his ‘free money’.

When later quizzed by police he denied the theft, saying that he’d left due to his wife being unwell, but the camera doesn’t lie and it was clear what had transpired. To make matters worse he had in fact spent the money by the time the police had tracked him down.

In passing sentence the judge stated:

“I am absolutely sure you had a fairly good idea that it contained money. You took a chance. I accept you did not go into the Genting Casino to steal other people’s money.

“What an amazing day you had when you realised you had £15,000. You certainly enjoyed it.

“You really should be ashamed of yourself having committed such an offence at your age.

“You thought ‘free money, it is mine and I am going to spend it’ which is absolutely what you did.”

Previously of good character and with health issues in the family, the judge effectively gave him a slap on the wrist, a two year suspended sentence. Sentences in the UK are typically quite low compared to the US for instance. He should think himself lucky that he didn’t face more serious consequences. As the saying goes, there’s no such thing as free money!

$3 million win on Wheel of Fortune 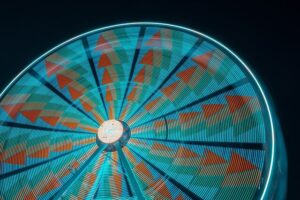 On June 9th one lucky individual pocketed a staggering $3.2 million playing on Wheel of Fortune at the Silverton hotel-casino. The jackpot dwarfs previous records at the casino and came about courtesy of a tiny $5 bet. The money was won on the Wheel of Fortune Winning Wedges Video Slots.

This marks the biggest Wheel of Fortune win this year, though it’s worth pointing out that there have been several other million dollar plus winners this year alone on the Wheel of Fortune game. You can almost set your watch by it! In January one lucky person won $1.5 million at Palace Station, the following month saw a $1.2 million win at the Fremont, in March a $1.6 million win was bagged at the Exacibur. After a gap of no million + wins in April, May saw a Canadian tourist at the Cospolititan walk away with an impressive $1.6 million, and in June at the Venetian there was another $1 million plus win.

The Silverton winner, and several of the others elected to stay anonymous. I can’t say that I blame them either. If I suddenly had an extra $3.2 million in my bank account I’d probably not be ringing the neighbours doorbells to inform them of it either!

Everyone loves a rags to riches story, and I can’t think of anything more appropriate for that title right now than the success of Yorkshireman John Hesp at last year’s World Series of Poker (WSOP). All poker fans will be familiar with this series of poker tournaments dating back to 1970, with generous prize money and helping to bring public awareness to many of the current big names in the poker world.

Hesp was typically a £10 stake poker player at his local Hull, UK casino, nothing serious. He didn’t have money to burn. Nevertheless John had a lifelong dream of playing in the World Series of Poker and so scrimped and saved until he’d amassed the $10,000 entry fee. He then headed to Vegas to take on 7220 other poker players. What happened yet took the poker world by storm and captured the imagination of poker players around the world.

With his flamboyant dress sense and happy-go-luck ways, Hesp gained fans aplenty as he progressed through the tournament. And progress through the tournament he did! First John made it to the final 500, then 100, and against all odds eventually the final table. Media fascination with his story increased by the day and he found himself sitting at a table where the winner was set to win an astonishing $8,150,000. As it happens John Hesp eventually finished in 4th place winning $2.6 million. The second biggest win ever by a British player. 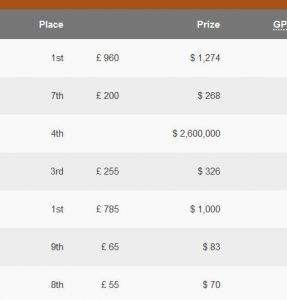 John has continued with life as usual after his huge win, taking part in only a handful of poker tournaments since. Regardless of how his future poker career goes, one win will likely always stand out for him.

Erik King the casino industry expert has made a big list on his website Zamsino for the best no deposit bonus codes and free spins no deposit in Canada that you can claim instantly.

Keep it zany with Trippy Casino